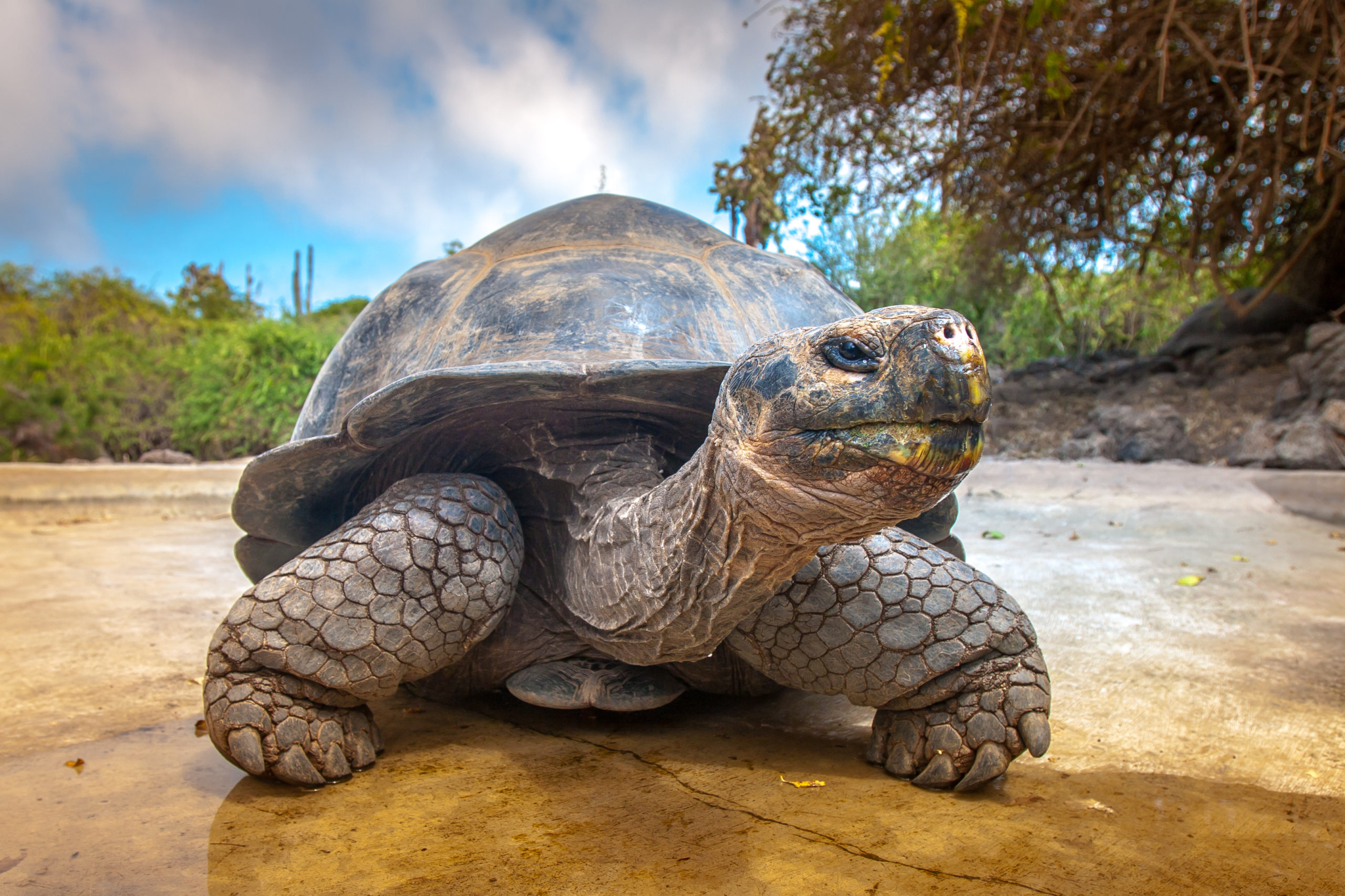 FLOREANA & THE RETURN OF THE GALAPAGOS TORTOISE

There are more than one hundred named islands in the Galapagos archipelago but only 4 are (permanently) inhabited: Isabela, Santa Cruz, San Cristóbal and Floreana.

I recently attended a talk about the history of Floreana with Dr Mark Collins who explained how human activity over the centuries has impacted the island, including catastrophic consequences for some endemic species including the Galapagos Tortoise.

Exploitation by whalers, mariners and the first settlers in the 18th-19th centuries for food left the Floreana Galapagos Tortoise, with its distinct saddleback carapace, extinct – or so conservationists believed.

Roll on 200 years – tortoise with the same distinct saddleback carapace are discovered on the remote Wolf volcano. Genetic analysis has shown varying levels of ancestry from the Floreana tortoise. Perhaps sailors, in an effort to lighten their load, dumped tortoise on the shores of Wolf all those years ago?

Thanks to this discovery, extensive research and a breeding programme, close relatives of the extinct Floreana population can now be reintroduced…